Que up Country Roads; the anticipated multiplayer spin on the fan favorite Fallout series, Fallout 76, officially drops Wednesday, November 14th, 2018. Ahead of the release, the team at Bethesda Game Studios penned a heartfelt letter to fans and the multiple development teams attached to the game, expressing their deepest appreciation for everything that has been done for the game.

“It’s with great excitement that we’re finally launching Fallout 76, a Fallout game unlike anything we’ve done. Really, it’s a game unlike any we’ve ever played” the studio wrote in the letter published on their site, Bethesda.net. “With Fallout 76, we’ve woven together parts of our past Fallouts, the survival genre, and massive online games, to create something unique: a game where you share in the story and the struggle to survive, with your friends, with strangers and with us.”

Fallout 76, which is developed and produced in house by Bethesda Game Studios and Bethesda Softworks respectively, uses a modified version of Bethesda’s Creation Engine, that was tweaked to specifically accommodate multiplayer game play. Modifications to the engine, which was first implemented in the Elder Scrolls V: Skyrim, was handled by Bethesda’s team in Austin, Texas, who at the time were working on the now-cancelled hero shooter BattleCry in 2012, leading many to believe the game has been in development for around five years. The letter also states that help was given in the development cycle by ZeniMax Online, id Software, and Arkane.

“A huge thanks to everyone at Bethesda and ZeniMax who supported us in making this game”, continued the Maryland based studio. “Creating a new style of game has taken the best from not just our own producers, programmers, artists and designers – but great efforts from across the company.”

Finally, the company gave thanks to all that participated in the beta for the game over the past month, saying the feed back has made the game better each week. Speaking on the “B.E.T.A” (Break It Early Application) and moving forward, the company encouragingly wrote “We have an incredible list of updates we’ve begun work on – from C.A.M.P. building improvements, new quests and events, new Vaults opening, character respecing, a faction-based PVP system, and much more.” The beta, which was released to industry members and those who preordered the game, was received with generally favorable impressions, with most criticism falling on stability issues with the PC version of the game.

Fallout 76, which launches on November 14th, 2018 for Xbox One, PlayStation 4 and PC, sets players loose in the post-apocalyptic hills of West Virginia, where you must survive the ever growing threat of mutated beasts, all while working together with other players to rebuild the world around you.

How many of you will being taking the country roads home in Fallout 76 later this week?

For more updates on upcoming Bethesda games, including Fallout76, be sure to follow us on Twitter at @BonusAccessory, and keep it locked it on Bonus Accessory. 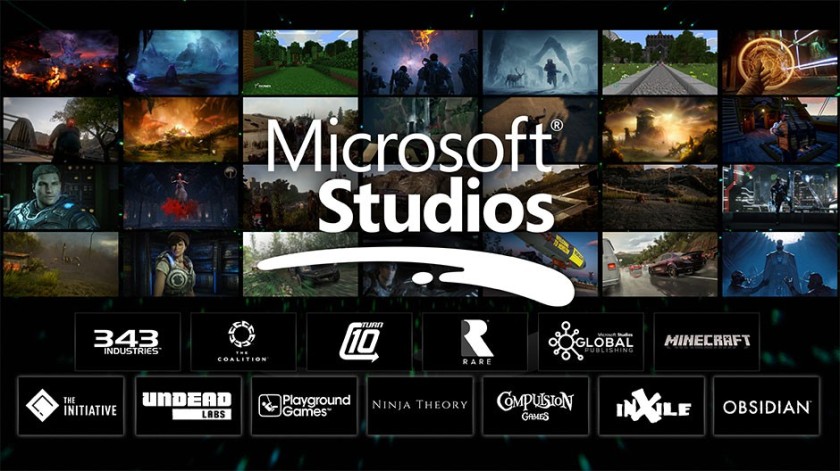 On a day filled with a plethora of announcements within the Xbox ecosystem, arguably the biggest comes at the tail end of the X018 FanFest, where Microsoft Studios officially announced the long rumored acquisition of Obsidian Entertainment and inXile Entertainment.

“As part of our commitment to brining a steady stream of new, exclusive games to our fans, I’m excited to announce Microsoft’s intent to acquire two new game development studios – Obsidian Entertainment and inXile Entertainment”, Corporate VP of Microsoft Studios, Matt Booty stated in a press release right after the announcement. “It was important for us to find studio partners who have strong creative visions, a mastery of their medium and are expert world-builders. Obsidian and inXile embody all of these qualities while also bringing expertise on the PC platform and a unique RPG focus to the table”.

Obsidian Entertainment, best known for its development of Fallout: New Vegas and Star Wars: Knights of the Old Republic II: the Sith Lords, has over 15 years of experience crafting unique and genre defining RPGs to both the console and PC market. More recently, the studio has also developed South Park: the Stick of Truth and Pillars of Eternity, two multi-platform titles that have received positive reviews.

inXile Entertainment, whose two teams in Newport Beach and New Orleans, have primarily focused on heavy RPG experiences on PC, bring a multitude of resources and industry veterans to the Microsoft family. They are best known for such titles as Wasteland 2, Torment:Tides of Numenera, Bard’s Tale IV and Wasteland 3 (which is currently in development).

The acquisition now brings a total of seven new studios to Microsoft Studios since June 2018, and the overall total to 13 studios under the company’s umbrella. Booty reiterated the common message of first party, exclusive commitment that the Xbox team has been striving to bring fans over the year. “We are committed to expanding the MicrosoftStudios franchises players already love, and investing in new, exclusive content for every type of game.”

No specific games were announced for either developer, but Obsidian’s Twitter bio does state the company is currently working on an “unannounced RPG” with publisher Private Division. No confirmation was made if the game is intended for the Xbox One or not at the time of this writing.

For all things Xbox, including updates on the ever growing list of exclusive developers for the system, follow us on Twitter at @BonusAccessory, and keep it right here on Bonus Accessory.

Another unfortunate casualty in print games media has come to the end of its road. As first reported by EGM Now, the long-running and successful Prima Games will cease operations by the end of Spring 2019.

In what was described as an “extremely difficult decision”, the Dorling Kindersley division of Penguin Random revealed to sources close to EGM yesterday that they will discontinue the Prima Games printing by March 2019. All offices of Prima Games, which include Roseville, Indianapolis, and New York will be affected by the ceasing of the division.

While the company is still taking preorders on guides, even dated for February 2019, the company is expected to begin closing doors as soon as this month, starting with the Roseville location. Groups of employees based out of the Indianapolis offices are reported to stay on until the end of March 2019, while the timetable for the New York office remains unknown.

Prima Games was founded in founded in 1990 by Ben Dominitz, and grew to be one of the premiere publishers for gaming print publications, with their most popular being the gaming strategy guides they produced. Prima has been attached to some of the biggest franchises in the gaming industry, including the Legend of Zelda, Super Mario Bros, God of War, and Assassin’s Creed to name a few. The company has produced over 1,400 titles and has stated to have over 90 million strategy guides in print.

For updates on the future of Prima Games, please follow us on Twitter at @BonusAccessory, and keep it right here at Bonus Accessory. 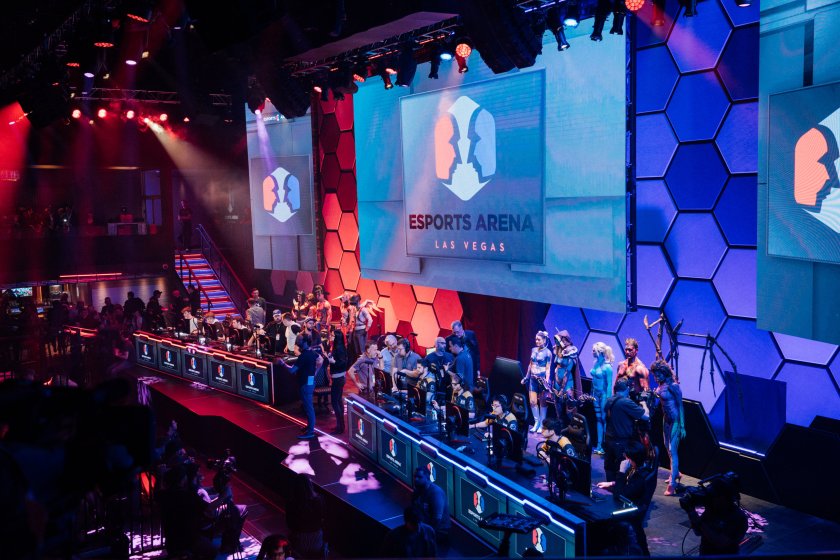 eSports is a sect of gaming that continues to rapidly grow, and it may be getting exposure to an even broader audience very soon. Esports Arena, a Santa Ana, California based company who has a chain of state of the art, large, indoor facilities focused on holding eSports events has partnered with the popular retailer Walmart to bring a multitude of services and products both in store and online.

In a video released on both the company’s YouTube and Twitter accounts, Esports Arena COO Tyler Endres, said that the company’s partnership with Walmart was two fold; the first would be bringing miniature eSports “arenas” to Walmart stores, while the second part would entail releasing a new line affordable yet power gaming PCs/laptops exclusively through Walmart’s online storefront. “We are super pumped from Esports Arena to bring the esports experience to the Walmart shopper, to the everyday customer, and it allows us to expand rapidly.”

Endres continued, by saying “About a year ago, Walmart came over to the Esports Arena in Orange County (CA), and we had a long conversation about bringing the esports gaming experience to Walmart shopper”. Those conversations lead to the announcement of Epsorts Arena opening up LAN gaming centers within five Walmart locations, including three locations opening this week in Roseville, CA, Colorado Springs, CO, and Spokane Valley, WA. “Each one of the locations will have about 25 stations inside. They’ll all be connected to each other, so basically you could compete in Roseville, CA and you could compete with our original Esports Arena in Orange County; or you could compete against a brand new arena in Colorado Springs, CO.”

Walmart.com will also be the exclusive home to Esports Arena’s new line of gaming PCs & laptops, titled Over Powered or “OP” for short. “We started developing this concept about a year ago, and I’m a PC gamer myself, we have PC gamers who work here, they build esports arenas; we know what PC gaming needs. That is why we created this brand” Endres proudly expressed. The line includes three different models of pre-built gaming PC towers, along with three different models of gaming laptops as well, with the latter all including 144hz monitors.

Esports Arena plans to continue rolling out the Esports Arena centers in the remaining two locations, which weren’t disclosed, through the end of 2018 and into 2019, with hopes of expanding the program to even more locations as time goes on.

For updates on Esports Arenas new partnership with Walmart, along with everything else esports related, make sure to follow us on Twitter at @BonusAccessory and keep it locked in right here at Bonus Accessory.

Fortnite continues to be the most popular game in the world, and the team at Epic Games have another feather they can tout in their hat now. The massively successful battle royale-centered game now has 8.3 million concurrent players worldwide.

Epic Games’ coveted golden goose saw its release in South Korea this week, home to one of the biggest PC gaming markets in the world. Players flooded PC Bang cafes (similar to LAN centers in the US), to compete in specialty challenges that can only be unlocked at the specialty cafes. These cafes are quite common in Asia and even some European countries, leading to PC gaming have a huge spike in participation compared to the US.

Speaking to Korean media outlet Inven, Sung Chul Park, a spokesperson for Epic Games Korea, stated that Fortnite now succeed in having 8.3 million concurrent players. Thats right, 8.3 million players, all playing at one time. To say that is an unfathomable amount might be an understatement. This number has been confirmed by multiple outlets, including VG247.com who first broke the news.

The free-to-play battle-royale mode of the game, which launched in September of last year, has dominated the gaming ecosystem in every aspect. Now on its 6th season of content, the popularity of the game has crossed a multitude of boundaries, taking over aspects of mainstream culture, including a tie-in with Marvel Studios’ Avengers: Infinity War earlier this year and recently a line of NFL-themed player skins. It continues to dominate multiple game streaming platforms, and has launched multiple streamers like Tyler “Ninja” Blevins into the same stratosphere. From children to adults, hardcore gamers to newcomers, streamers to mobile players, the game has become a pop culture phenomenon; and now that the game is everywhere, including the Korean markets, it has no plans of slowing down.

For all things Fortnite and continued updates on its population numbers, follow us on Twitter at @BonusAccessory and keep it right here at Bonus Accessory.