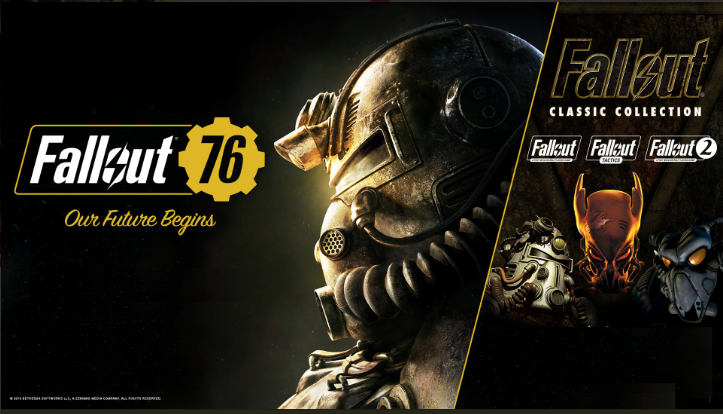 While Bethesda and the Fallout brand have struggled to find their footing at the end of 2018, the newest iteration of the franchise, Fallout 76, continues to find its way into the upper ranks of sales charts since its release. Between the multiple in-game issues, along with the unfortunate canvas bag situation with those who purchased the Power Armor Edition of the game, the company is trying to find ways to get back into the good graces of fans around the world; and it looks as though they may be taking another step in fixing the bond.

In a statement released on the company’s social media account, Bethesda will be providing every player who has played Fallout 76 in 2018  with a free copy of the Fallout Classic Edition, including those players on PlayStation 4 and Xbox One.

ANYONE who logged into the full release of #Fallout76 in 2018 will receive an entitlement for Fallout Classic Collection on PC. This applies to Xbox One and PS4 players, too.

The entitlement is expected to go live in early January. pic.twitter.com/U8pJwrk0PV

The collection comes bundled with all three of the franchise’s original PC releases, including Fallout: A Post Nuclear Role Playing Game, Fallout Tactics: Brotherhood of Steel, and Fallout 2. The series first appeared on Windows PC, Mac OS and MS-DOS in 1997 to critical acclaim, which resulted in multiple PC sequels and spin-offs, along with a PlayStation 2 and Xbox release of Fallout: Brotherhood of Steel.  Bethesda claimed the rights to the Fallout IP after the series original publisher, Interplay, went bankrupt. Currently, the titles are only available on PC, but this release will mark the first time these specific titles will appear on current generation consoles.

Bethesda states entitlement of the collection is expected to go live in early January. For more information, please visit their website.