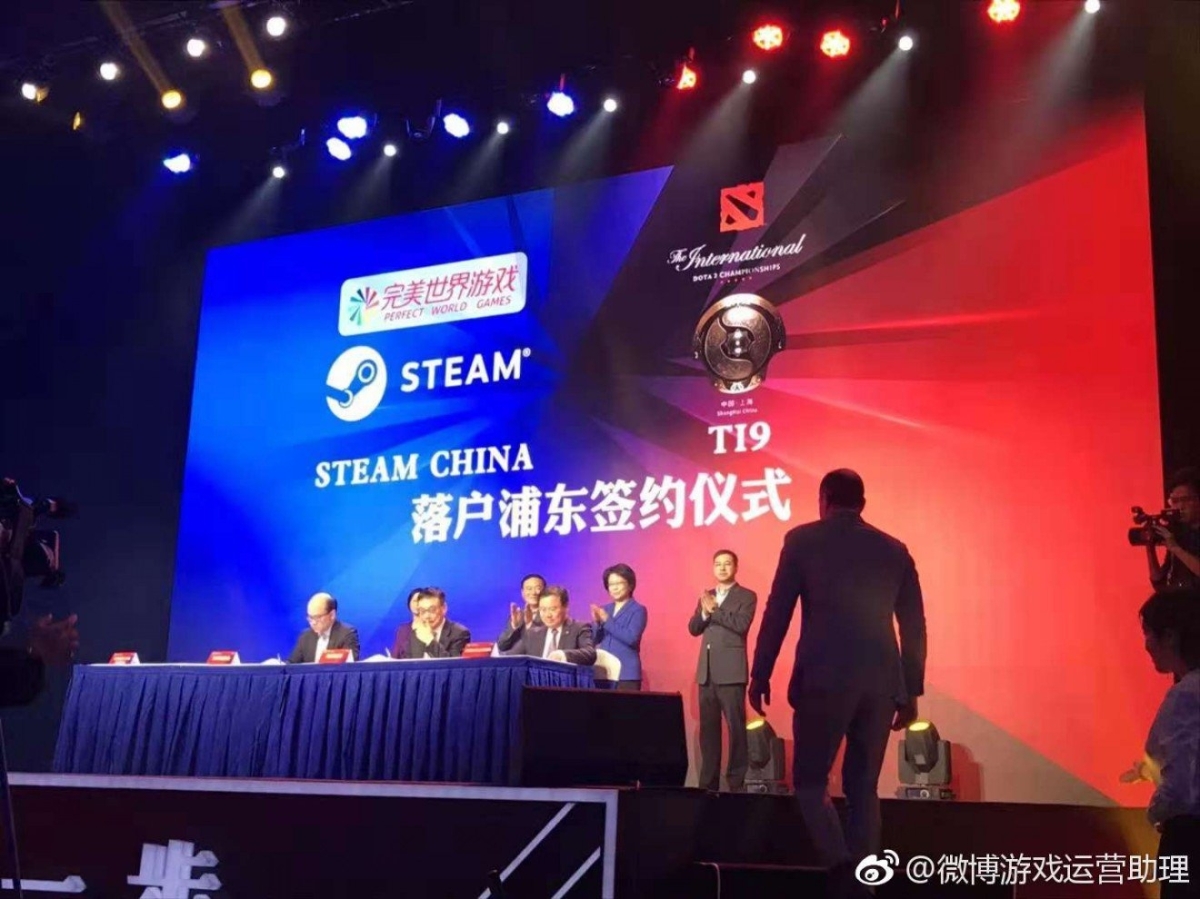 In a press event held in the country, Valve, in a joint partnership with Chinese company Perfect World, have officially signed an agreement with Shanghai’s government to bring the popular gaming store front to China, creating Steam China. Steam has been available in the country for quite sometime now, using the global version of the client, but hasn’t been officially approved for the country, while at the same time various popular sites (Facebook, Twitch, etc) have been censored from viewing in the country.

While gamers aren’t angry at Valve or Steam itself, they do fear their gaming freedom and choice may be at stake with the recent partnership. The Chinese market is one of the most valuable for Valve and Steam, with an estimated 30 million players making up the Chinese demographic on the service. Local politics in terms of censoring and banning content has been an overbearing issue for the market for quite sometime now, but with the global version of Steam, players have been able to play a wide variety of content that would otherwise be altered or blocked completely.

Valve and the Steam team have been on record multiple times stating their liberal stance on the content that is allowed onto the storefront, using the mindset of “if you’re a player, we shouldn’t be choosing what content you can or can’t buy, or a developer on what they can or can’t create”. Granted there are caveats to that, including anything that is illegal or deemed “trolling”, but overall fans and creators alike have been satisfied with the freedom the storefront have provided them; which is why the Chinese gaming market is weary of the government involvement with the company. Reports have pointed to Perfect World being the entity that will control “local promotion, the selection of game and distribution”.

Companies have been clamoring and planning ways to enter the Chinese gaming market for years now, and if the last few months are any indication, we may see more companies begin to take a cautious jump into the still lucrative market. Tencent, one of the most financially successful media and entertainment companies in the world which includes Riot Game’s League of Legends, recently launched a gaming platform of its own entitled WeGame int he Chinese market.

As more details begin to emerge from today’s official agreement, we will update this article accordingly.

For more updates on Steam, along with its recent official entrance into the Chinese gaming market, be sure to follow us on Twitter and Facebook, and keep it locked in on Bonus Accessory.

Editor-In-Chief & Creator of Bonus Accessory. When not publishing on Bonus Accessory, Travis can be found on multiple gaming publications including The Xbox Hub, GameGrin, The Switch Hub, and more. View all posts by Travis White