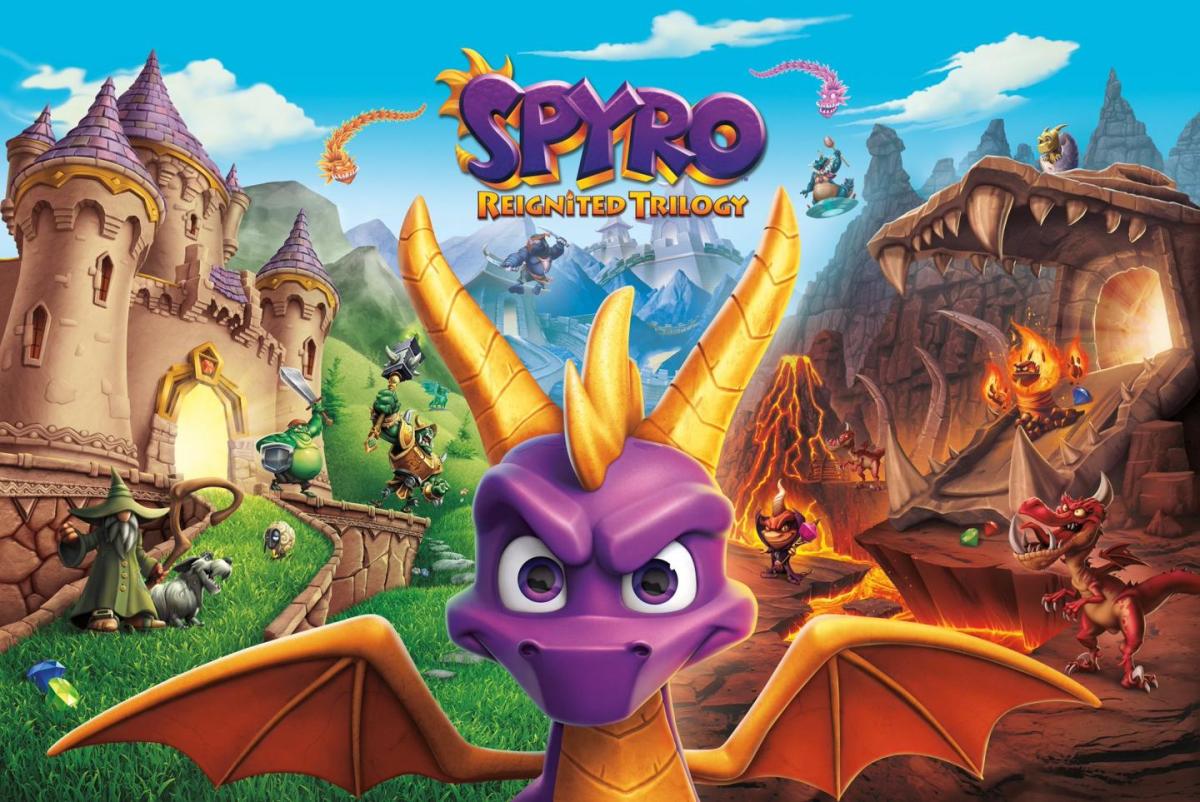 Everyone’s favorite purple dragon is hitting store shelves again for the first time in almost a decade, and while many fans are excited for the return, some are expressing their discontent with how the game is being packaged. In a post made on Reddit by user u/jmill643, he/she confirms that the Spyro Reignited Trilogy only has one game attached to the physical version of the game, with the two others requiring a 17.6 GB download.

While this isn’t anything that completely out of the norm for many developers to do anymore, it does raise some concerns on how games are being compressed during the transfer process to the disk. Most physical games on modern systems do require users to install parts of the game to the user’s hard drive, due to the size of game files and the ability to take less stress off of the system. While that does have benefits to it, fans are airing their frustrations, focused around the size of this specific game not being that big in relation to the majority of other AAA games. The first game off of the disk comes in at around a minuscule 9 GBs, with the two other games requiring an addition 17.6 GBs in downloaded content, bringing our total to around 27 GBs total. For comparison, Marvel’s Spider-Man, which released on the PlayStation 4 this past September, totaled in at 45 GBs, with a small day one patch on release.

While the majority of gamers shouldn’t have too much of an issue downloading the two additional games, not everyone has an internet connection that can handle this size of download in a reasonable time frame. According to a study done by Akamai, the average internet speed in the United States is 18.7 Mb/s, which is almost 10 Mb/s less than South Korea at 28.6 Mb/s.

Activision and developer Toys for Bob originally planned to release the trilogy on September 21st, 2018, but this past August announced that the game would be pushed back until November 13th. While Activision did confirm to fans that the game would ship with only the first game on the disk earlier that month, fans had hoped that the delay would possible mean that the publisher would be backpedaling on that statement.

In 1998, Spyro the Dragon was released on the PlayStation and became a household name within Sony’s community of gamers. Since then, fans have been treated to a multitude of sequels, including appearances on the PlayStation 2, Xbox, GameCube, Nintendo DS, Xbox 360, Playstation 3, and Wii. The Reignited Trilogy will be his first solo release in ten years. The game will include the original Spyro the Dragon, Spyro 2: Ripto’s Rage and Spyro: Year of the Dragon, all with new HD textures, audio and cinematics, along with being developed using Unreal Engine 4. The trilogy releases tomorrow on PlayStation 4 and Xbox One. It is currently sitting at a score of 82 on MetaCritic at the time of this post.

For all things Spyro, including the Reignited Trilogy, be sure to follow us on Twitter at @BonusAccessory and keep it right here on Bonus Accessory.