Nintendo finally did it.

After almost two months of waiting (post 1/11 Direct Mini), Nintendo is finally planning to flesh out more of their 2018 lineup to the public with a full-fledged Direct. Fans on social media, r/NintendoSwitch, ResetEra, and the like have been waiting with bated breath to hear what is on deck for the rejuvenated gaming company in 2018, especially on their smash hit hybrid system, the Nintendo Switch. 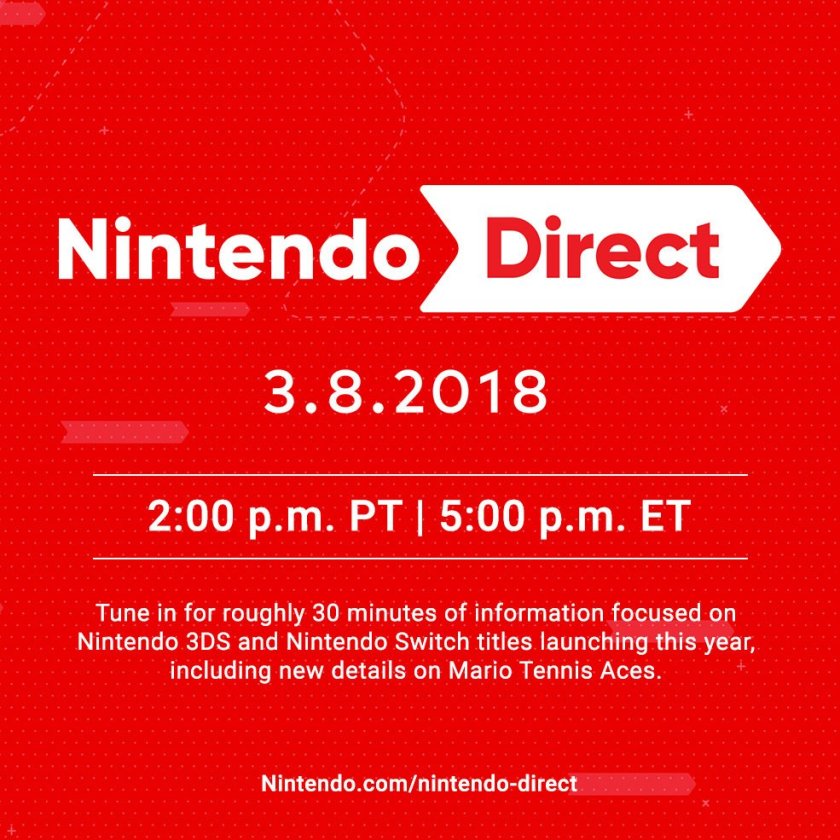 While this past January’s Direct Mini provided fans with some answers to 2018’s road map for the company, it also left everyone with a lot of questions to be answered. No mention of the previously announced Metroid Prime 4 and new core Pokemon RPG game. No mention of the possible (one would think eventual and probable) Super Smash Bros sequel/port. No mention of the Switch’s permanent online structure, and what features will be included with it. Sure, we got a lot of good ports, such as DKC: Tropical Freeze and Hyrule Warriors, and not to mention some solid third party surprises, specifically Dark Souls Remastered (your boy has yet to play a Soulz game, so I’m salivating at the chance to get dome rocked by this beauty); but at the end of the day, the Mini left most fans feeling…underwhelmed.

This is the NEW Nintendo. This isn’t 2012 Nintendo, selling you a system that you weren’t sure if it was an add on to the previous console, or a new generation at all. This is the Nintendo that came out saying this system isn’t a multimedia device; it’s a GAMING deivce, and not some toy, but a legitimate piece of technology. Fans saw arguably not one, but TWO of the best games of all time release in a single year for the Switch. Not only that, but they saw a company that provided a big, first party title each month and a plethora of third party games to the little hybrid that could. This Nintendo is one that is trying to remind it’s core audience: we’re here to play, and COMPETE with the other kids on the playground.

That being said, it did leave fans in a bit of a lull in the first few months of the new year, in terms of news for the system. But that is behind us now, and in a few short hours, the flood gates are going to be open (well, at least cracked a bit to let a breeze in). So let’s dive into some rumors and predictions.

As with every rumor, take these with a grain of salt. Below are the current rumors running around, via RestEra:

March
-[6th] DirectFeedGames claims a Call of Duty will come in 2018. (Source)

Ok, so that’s a bit of a mouthful. The biggest rumors making the rounds currently, in my opinion are:

Most recently, this little tidbit popped up on RestEra, claiming that the new core Pokemon RPG for Switch will be a reboot for the series. Personally, I’d love this. I haven’t truly played a Pokemon game since Emerald, but recently have started playing Y on my 3DS and loving it. With that being said, I’m all in on a reboot. There are over a thousand Pokemon now, and while the new content is awesome and provides depth to the series, the formula has began to run its course. The Switch is specifically being marketed to the 18-35 age demographic. Look at their marketing from this past year and tell me otherwise. While they are now moving into the casual audience demographic with Labo and other announcements, the focus is on the college to young professional age. Nostalgia only carries so much weight, but if you bring back Kanto and the original 151 and put that into UE4, woah.

I’m going to keep this pretty quick and simple, since I feel like I’ve written a novel already and I plan to write a recap tonight on the event itself. I’m going to include a mesh of what I think is expected or safe, and what I think is outside chance. With that being said, here is my official predictions for how the show will go:

Well, there you have. Looking forward to seeing what I get wrong at (waiting until I get to my fiancée’s place to watch it around 7:30 or so. I’ll be going off the grid pretty soon so I don’t get spoiled).

Whether we get a sub-par show, or one that blows the socks off of us, it’s always a fun ride leading up to Directs. Plus, you know what’s the best part? This new Nintendo leaves us with so much to look forward to continuously.